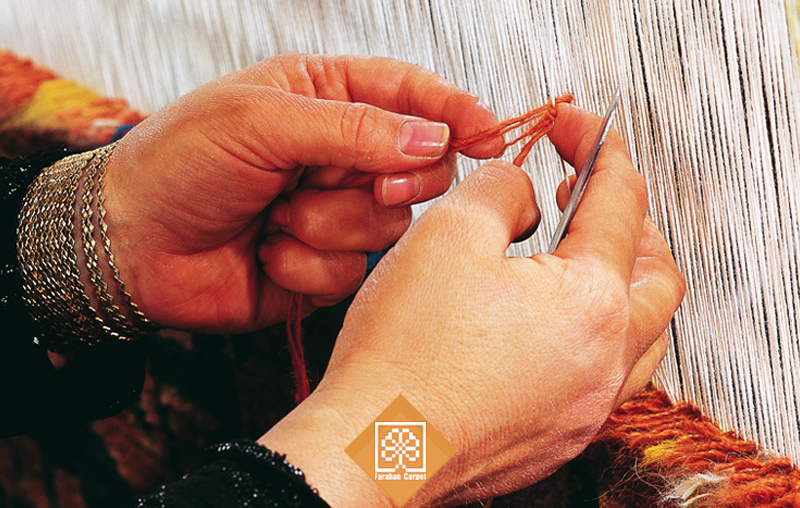 Types of carpet knots and recognizing it is a topic that many weavers and carpet lovers seek to recognize and study. Knots can be introduced as the biggest advantage of handmade carpets compared to other handmade and machine products. This special feature can change and take on a new name depending on the area of ​​the carpet texture.

In this article about Farahan carpet, we intend to first give a brief description of the knot and then go to identify the types of carpet knots and introduce them to you in detail.

What is a carpet knot?

Carpet knots can definitely be introduced as the most important factor in producing a quality handmade carpet. In general, when we talk about carpet knots, we mean marinus or silk thread (carpet lining), which are placed next to each other and also on top of each other, respectively.

After placing these knots, the wefts are placed on them and by tightening the knots, they form the main structure of the handmade rug, so you should probably guess that the more knots you have in a carpet, the rug will naturally grow as well. It will have more quality, so there is a unit called “ridge” that determines the number of knots per 7 cm for us.

The node is also called by other names such as root, humiliation, twist, dirt, ilmeh or ilmak. Carpet knots also have a number of special specifications:

Recognize the types of carpet knots

In the previous section, we talked about the importance and role of knots in carpet weaving, this factor has also led to the creation of different models for its use, here we tried to introduce the most important known options among the types of carpet knots.

Among the different knots, two models can be separated from the others, because almost 90% of the weaving of handmade carpets is done with these two types of knots, and for this reason, we also focus on these two items, which are called Turkish and Persian are famous. 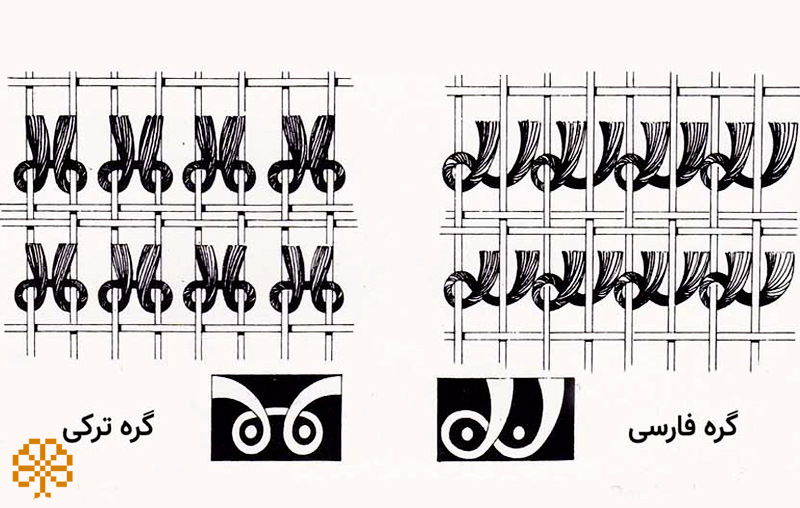 When it comes to Turkish knots among different types of carpet knots, you need to listen to it with much more importance than the rest, because it may be interesting to know that more than 70% of all Iranian handmade carpets and rugs are made of Turkish knots. They use this.

Using a Turkish knot allows you to have a carpet with a very high strength, which is also very delicate, in addition, in this type of knot, the possibility of fraud and the use of pair knots to a minimum arrives. Many of the benefits mentioned for the Turkish knot are due to the use of hooks for its texture.

This type of knot will be tied on two strings up and down. The procedure in the Turkish knot is that the weaver takes the cream or lint in his left hand (for right-handed people) and places it perpendicular to the upper and lower strands, each of the two ends of the cream to Take it behind one of the strings and after wrapping it around them, take it out between the two strings and take it again. 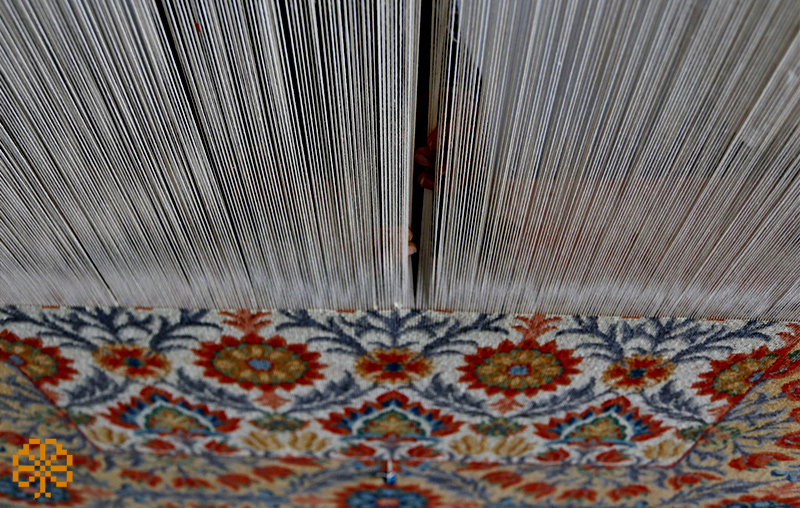 We go to another type of carpet knot that is the most popular and used among carpet weavers after Turkish knot, handmade carpets of Sultanabad (Arak), Qom, Isfahan and Mashhad are among the cities that are among these They use knots for their knitting.

Since the Persian knot is wrapped only around a thread, it is also called asymmetric knot.

Next, while we have taken out about two centimeters of the cream from the fingers of the left hand, we pass it through the back of the first thread (the front thread) and after bending the head, we pass the cream through the second strand to the back of it. And from the middle of the dot, we pull forward on the carpet and bring it down, which is done with the help of the middle finger and the right thumb.

At the end of the work, it is necessary to use the knife blade that we hold in our right hand to cut the extra clue.

Learn more: Expertise in handmade carpets to evaluate and calculate its price 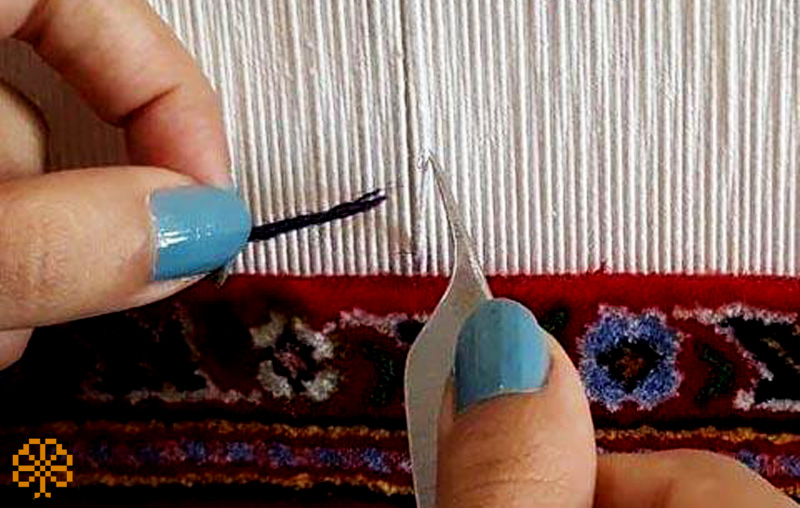 Maybe when you see the name of a fake knot among different types of carpet knots, you may be a little surprised that this knot can also be fake? In answer to this question, we must say yes, unfortunately this is the case and there are ways to do this, which we will mention below:

Important Note: We recommend not to use these knots for carpet weaving, because it will have very destructive results on the density and durability of the carpet and will significantly reduce the quality of your work and be sure of your carpet weaving wage. Reduces.

There are generally three sides to weaving and using fake knots:

1. Bow knot: In this knitting method, the yarn is fastened on the carpet ridge without being tied after it has been turned around.

2. Pair weaving: In a method whose name you may have guessed; Instead of wrapping the cream around one thread, it wraps around several strands and is called pairing.

The last group that we are going to examine with you among the types of carpet knots are artistic knots, which can be said to be special knots that are used only for certain carpets.

These types of nodes have different models, and we will review 4 of the most important and well-known methods for you.

This knot, which consists of a total of 4 knots, is used instead of a knot. Using this type of knot, the texture of image designs can be done on large carpets (with low number). 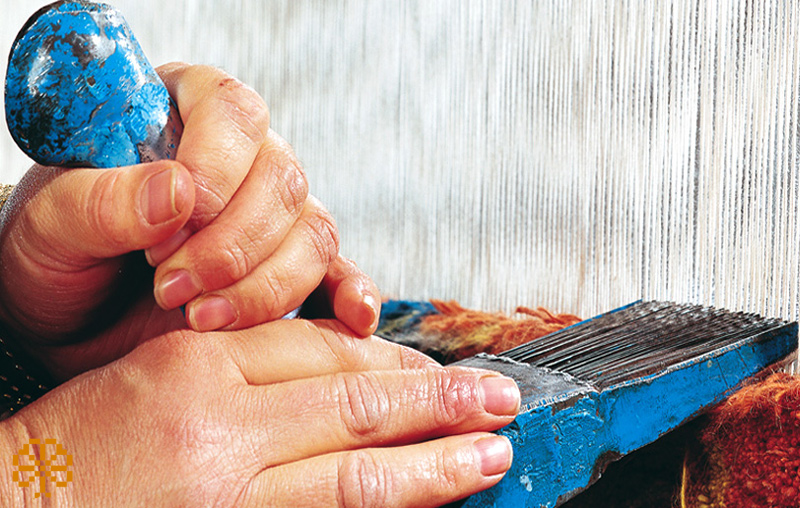 As the name implies, the knot is tied on a string and is used in the texture of pictorial carpets to show the delicate parts of the face, such as the eyes. This knot can also be used in cases where one of the strands is torn. Appeared.

In this knot, the cream used is passed through several strands and taken to the desired point. This node is used to indicate a point that is not equivalent to 1 node on the map and other art nodes such as single thread and pendant can not be used to indicate that point.

In this article, we tried to examine the types of carpet knots and hand-woven carpets for you in detail, so that you can use them to learn more about successful carpet weaving, or you can easily identify the types of different carpet knots. . 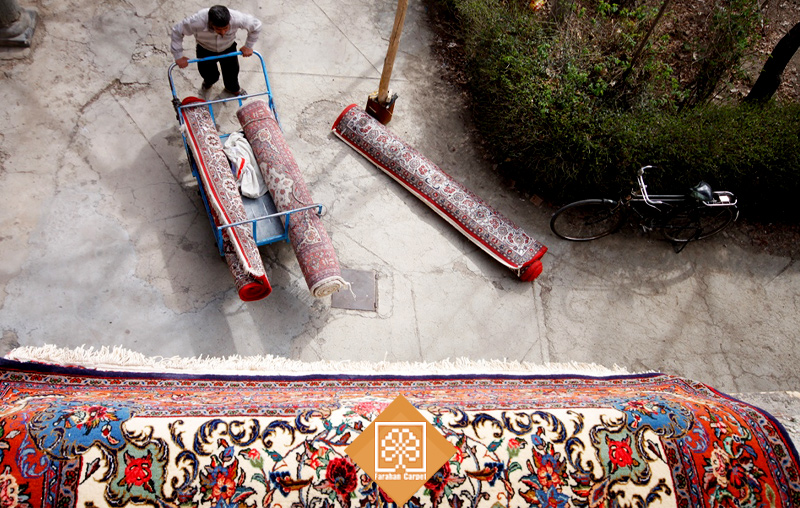 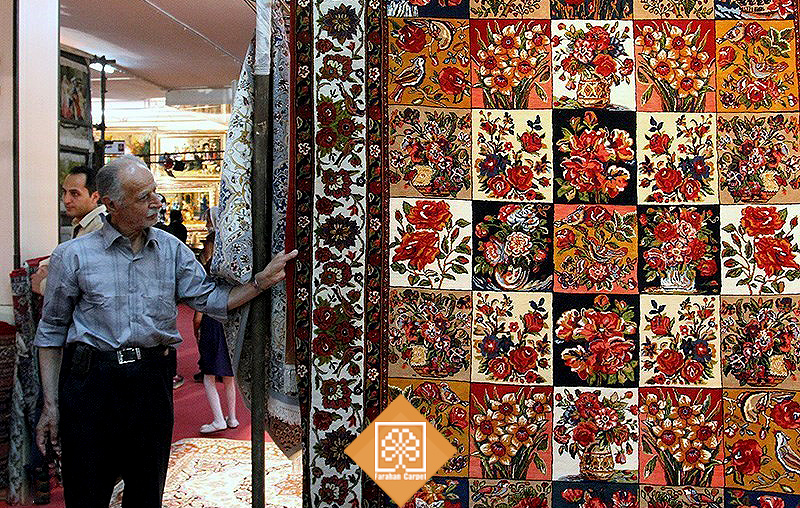 Bachelor of handmade carpets to evaluate and calculate prices 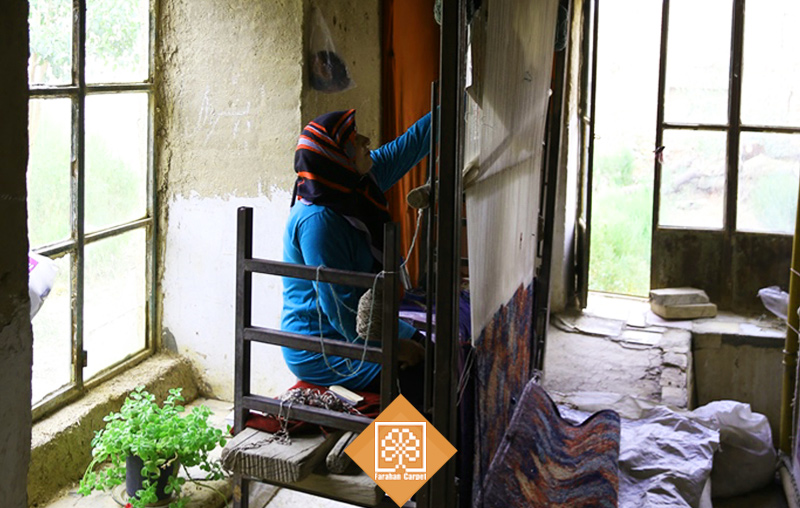